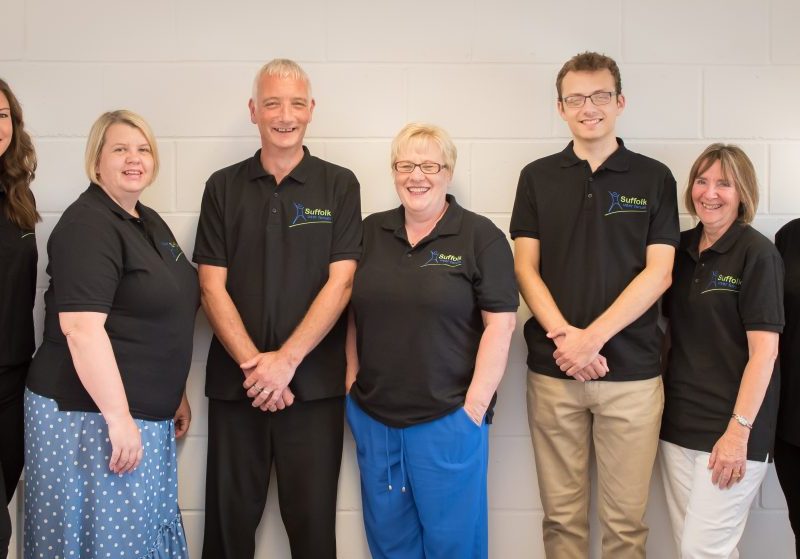 On the 5th of November 2019 the Howard Suite at Kesgrave Conference Centre played host to the well-attended and well received Suffolk User Forum Annual General Meeting for 2018-2019. We had guest speaker Mr Nick Hulme (Chief Executive of East Suffolk and North East Essex Foundation Trust (ESNEFT), a workshop to begin to co-produce quality improvement for mental health within Ipswich and Colchester hospitals, the formal business of our AGM followed lunch. 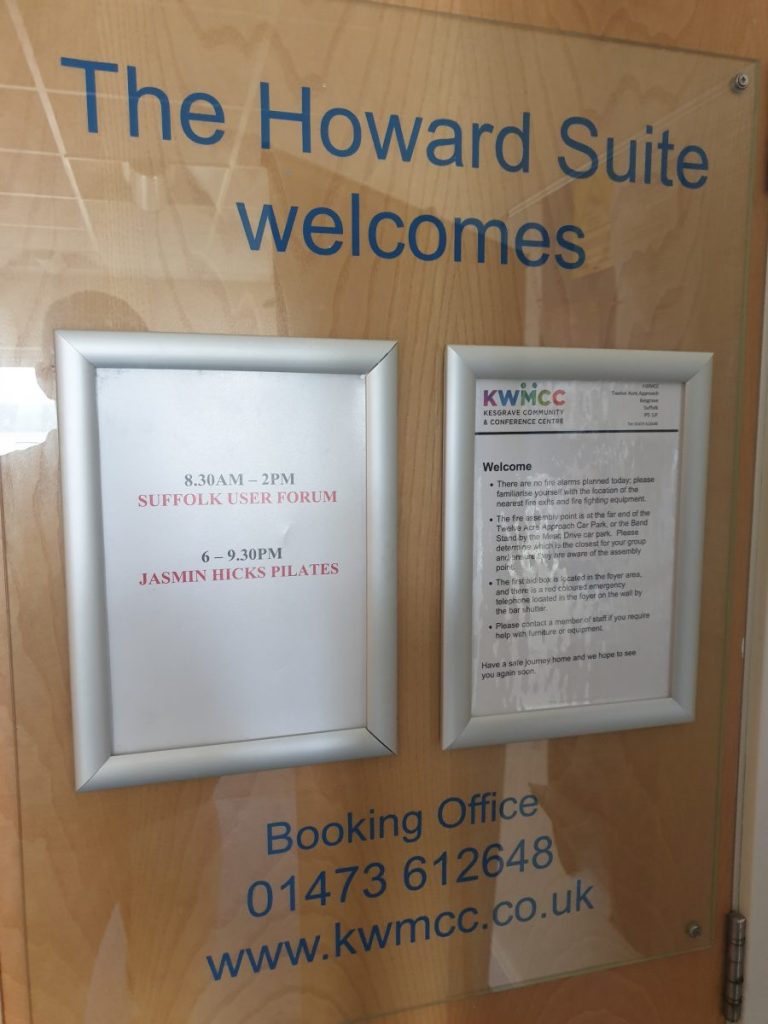 Doors opened at 10am and attendees were already arriving and were greeted by Suffolk User Forum staff and trustees, who were also supplied with refreshments by our own Wendy staffing the kitchen. After half an hour of mingling and chatting people all took their seats for the formal welcome to the day’s events from Suffolk User Forum’s manager Jayne Stevens who thanked everyone for coming and introduced our guest speaker for the day, Mr Nick Hulme. 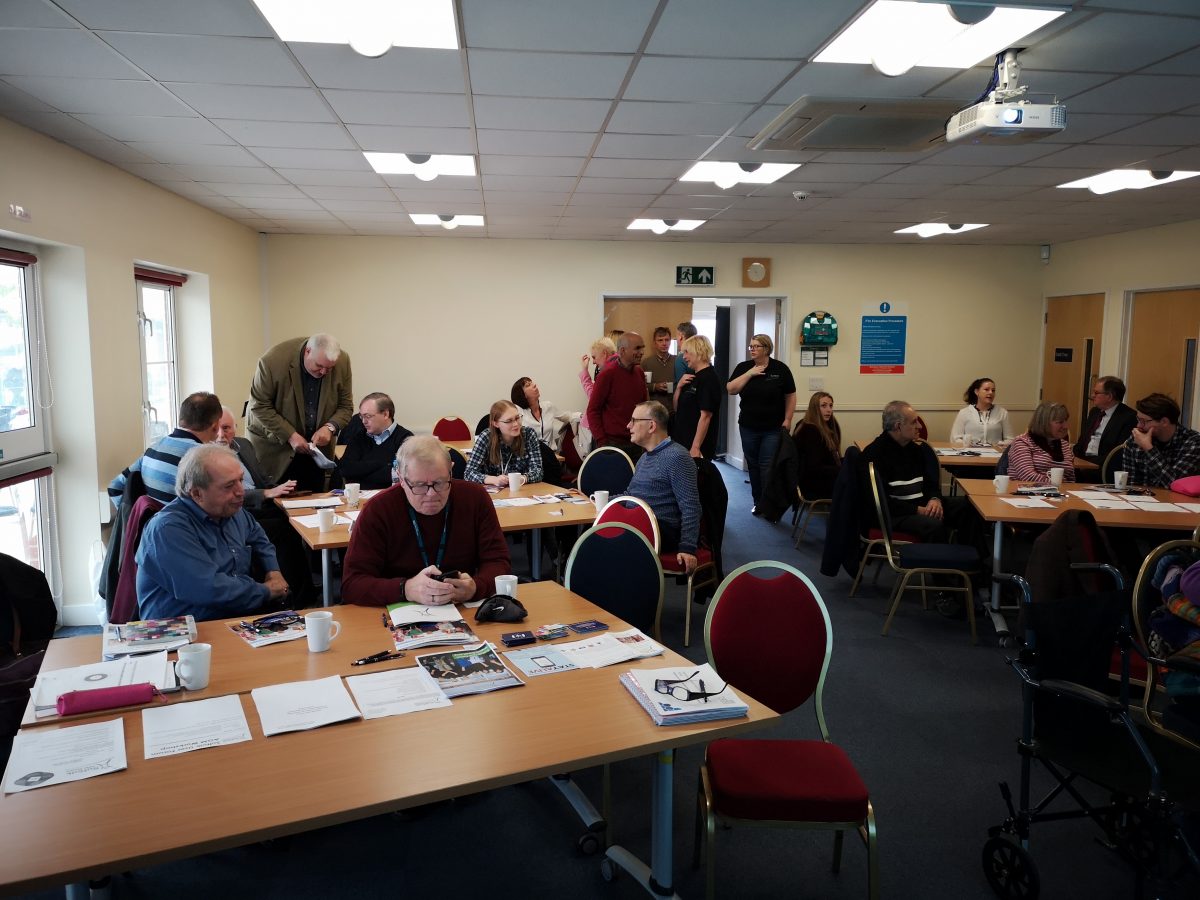 Nick gave a very inspired talk about his history in the health services and how ESNEFT were working to increase the parity of esteem between physical health problems and mental health problems to create a more mentally healthy hospital in both Ipswich and Colchester. Nick shared some personal experiences which included his coast to coast walk in honor of his late wife Annette who had passed away 18 months prior and had raised a massive £30,000 to fund breast cancer research.

The floor was then opened to questions from attendees who were very eager to ask Nick questions both about his talk on the day and other aspects of ESNEFT’s contribution towards improving mental health within its boundaries. Nick answered all the questions put forward and then ended his section of the AGM to move on to the workshop. 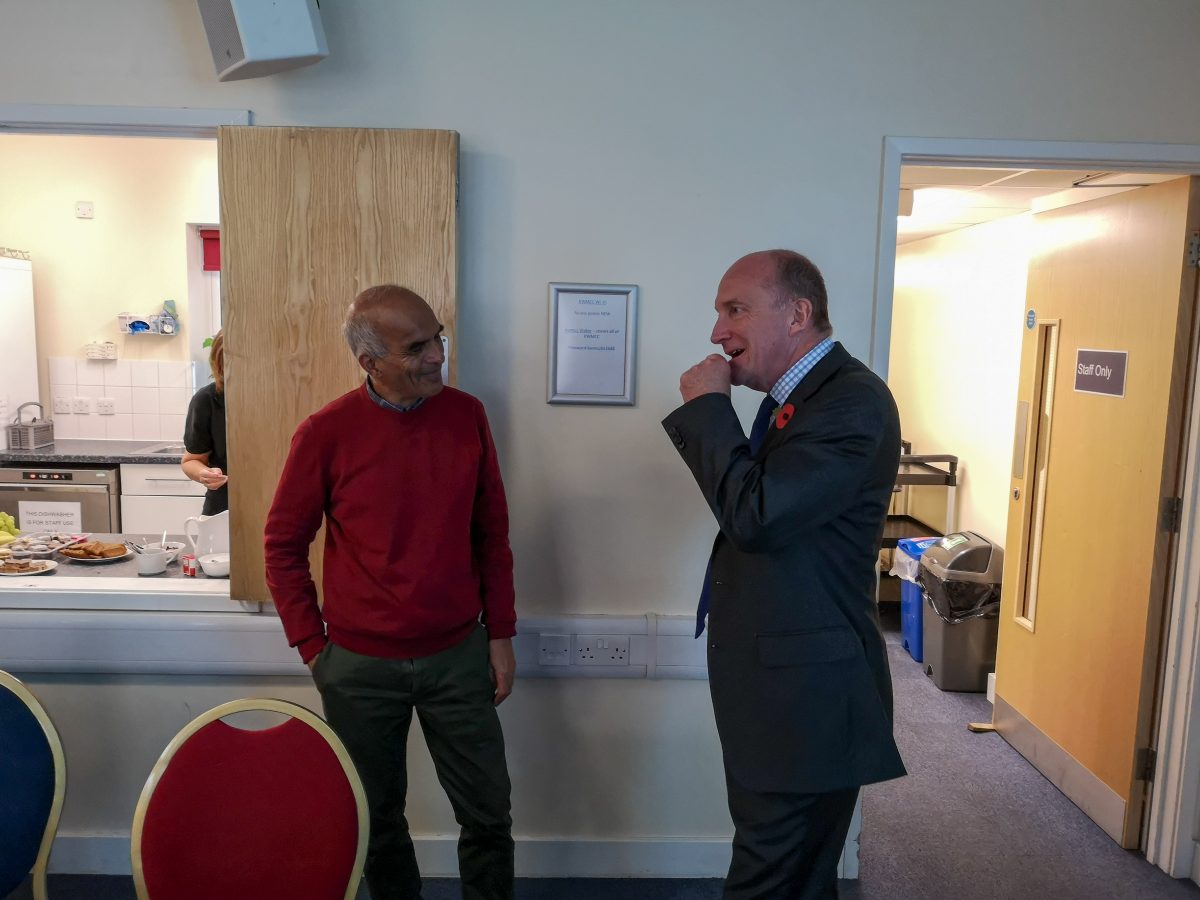 Rebecca Pulford, Associate Director of Nursing introduced the co-production workshop and talked about her history in health services and how over the past few years she was taking a fresh look at and learning much more about mental health and how to achieve the goal of being a part of running a mentally healthy hospital. A PowerPoint presentation was shown at this point (which can be found as a separate news article on our website: ..) which detailed the plans in place to progress their ambition to become a mentally healthy general hospital. 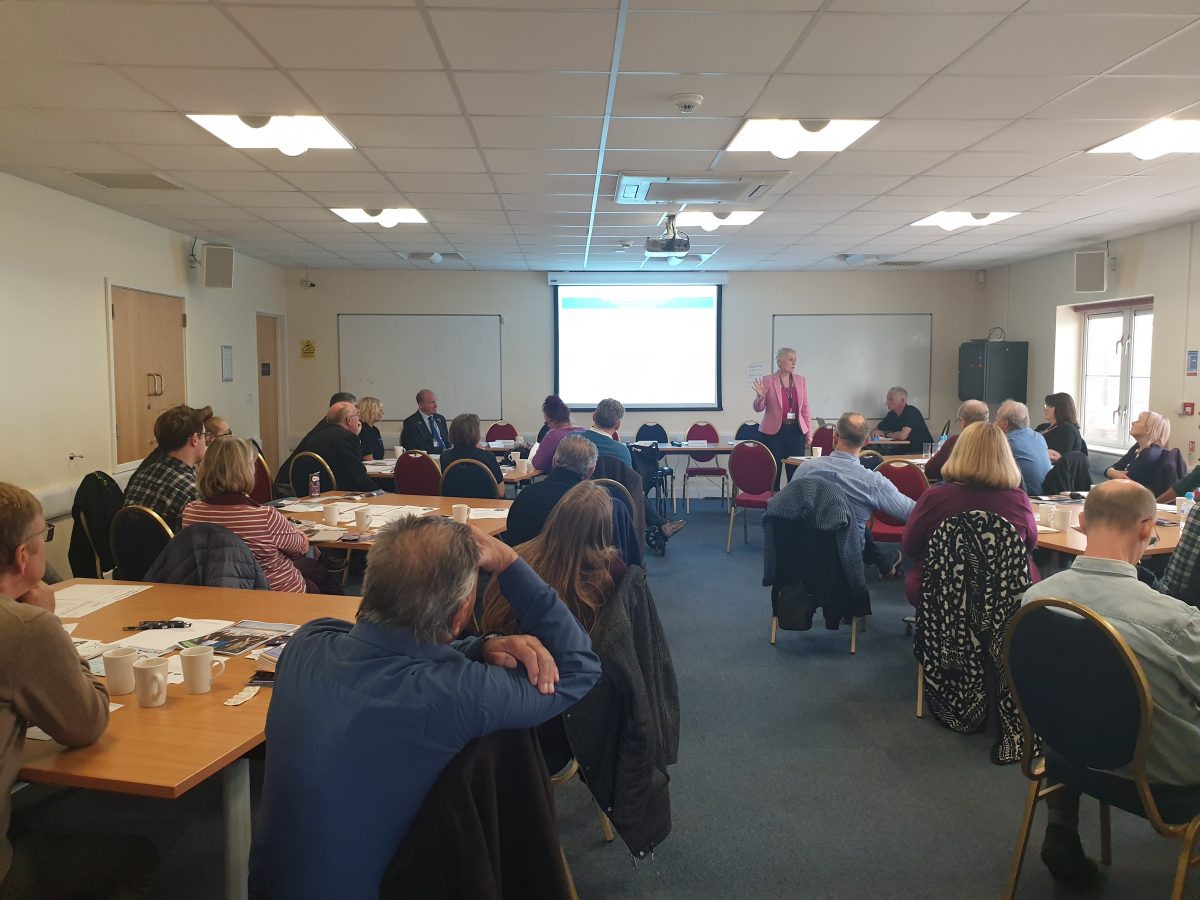 The co-production workshop led by Margaritte Little asked the question, ‘What makes a mentally healthy general hospital?’. This workshop was just the start of a much wider conservation and the feedback gathered will be added to this page once it has been collated.

Business resumed at around 12:15pm for the formal part of the Annual General Meeting to discuss official Suffolk User Forum business. Jeff Stern our chair of Trustees was re-appointed as both chair and treasurer, Kenneth Burr was re-elected as Company Secretary and Lovewell Blake was also re-appointed as our Independent Examiners. 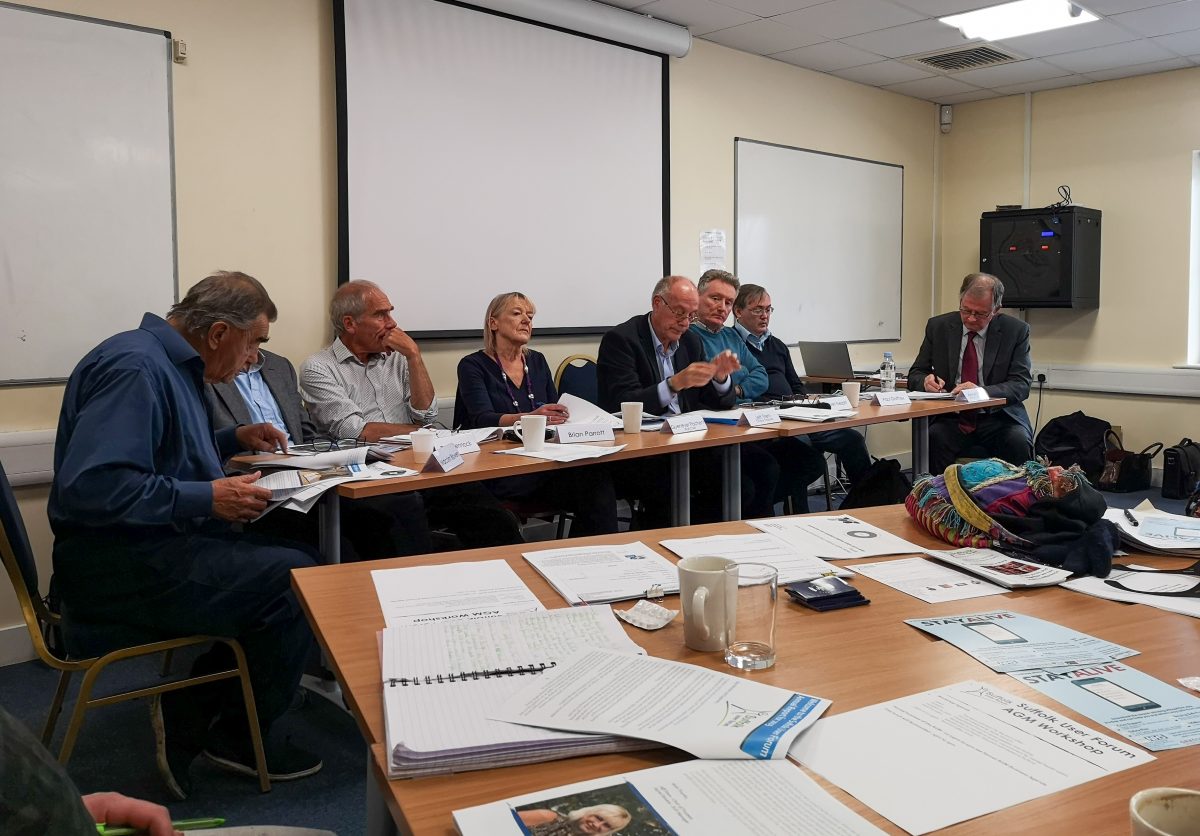 We here at Suffolk User Forum thank everyone who attended, especially Mr Nick Hulme for speaking and both Rebecca Pulford and Margaritte Little for the co-production workshop that they organized for us. We enjoyed seeing faces both old and new attending and we take this drive into another year hoping that we can continue to give service users a voice and work with organizations such as ESNEFT to improve mental health services in East & West Suffolk. We hope to see you all throughout the next year and for our 2020 Annual General Meeting which will also be held in November next year. Once again, thank you to all involved and attending on the day. 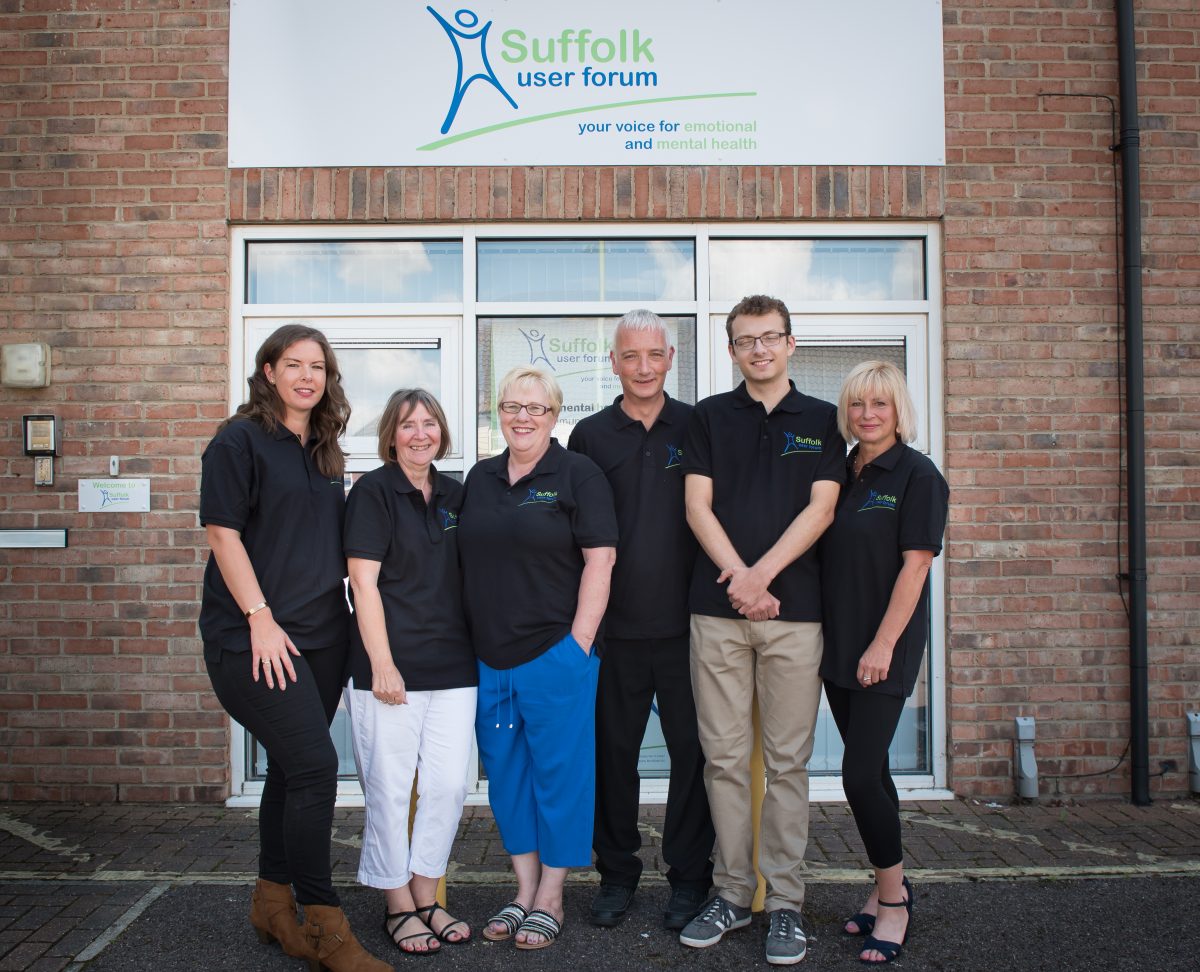 Tel: 01473 907087
Email: hello@suffolkuserforum.co.uk
We use cookies to ensure that we give you the best experience on our website. If you continue to use this site we will assume that you are happy with it.OkPrivacy policy