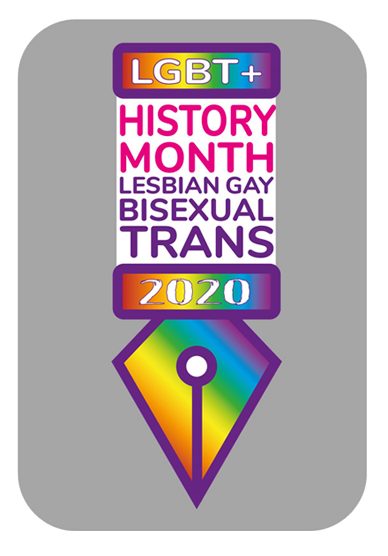 Next month (February) is LGBT (lesbian, gay, bisexual and trans) history month. We take a look at how LGBT relationships have been seen over the centuries and the effect social attitudes can have on mental well-being. In this article we look mostly at LGB experiences but later in the year we’ll discuss trans experiences too.

We’ve come a long way since the LGB people faced the death penalty, imprisonment and shock therapy but that was the reality for many in the UK for hundreds of years.

In November 1835 two men, James Pratt and John Smith, were hanged outside Newgate Prison in London. James and John were the last gay men to be hanged in the UK and a large crowd gathered to watch. The death penalty for sex between men (introduced in 1533) was repealed in 1861 but it was not until 1967 that sex was partly decriminalised. Over those years many died by stoning to death in the stocks, thousands were imprisoned, unknown numbers were blackmailed and many, like WWII scientist Alan Turing (1912 – 1954), took their own lives rather than face the dire consequences of discovery.

In the 19th and 20th centuries we saw opinion move away from describing LGB people as sinners and as criminals. Increasingly LGB identity was diagnosed as an illness. This was perhaps progress but it also meant that lesbians and gay men were given electric shock aversion therapy by the NHS from 1935 right up until 1974.

So here we are in 2020 and those grim days are thankfully long gone. Although globally same sex relationships are still illegal in 73 countries (and punishable by death in 12 of these), in the UK lesbians and gay men now have protection from discrimination and marriage equality. Does that mean that everything is fine now? Unfortunately, not yet.

Research carried out by Michael King in 2008 found that rates of self-harm and attempted suicide were significantly higher for lesbian and gay men. Subsequent research found that the risk seems to depend on the attitudes of the family and community around the individual. Living in fear of rejection by everyone you love can lead to low self-esteem, anxiety and depression.

Whilst attitudes have improved it is still the case that for some families (predominantly, but by no means exclusively, conservative religious ones) same sex relationships remain completely unacceptable. Many young people from all backgrounds find themselves thrown out of the family home when their sexual orientation is discovered. Even for those with loving families, homophobic abuse in schools is the norm. It can be hard to feel good about yourself as a young adult when the very word ‘gay’ is an everyday school-yard insult.

The good news is that we know that having supportive LGBT friends and straight allies has a strongly protective effect in promoting mental wellbeing. Nowadays there is a huge amount of support available and it’s easier than ever to take the first step and make contact. LGBT people are out and proud in all walks of life and are hard working to make it easier to come out. If you or someone you know is hesitant about taking the first step then the “It gets better” global online project is a great place to start (details below). The website is full of inspirational stories and there’s even an encouraging message from Barack Obama.

Local face to face and telephone support is available too. Check out the contacts below.

Later in the year, ahead of trans memorial day on 22nd November, we will be looking at mental wellbeing and trans history.  Perhaps you would like to contribute to this article? Do you have experience of this area as a service user or carer? If so we would love to hear from you.

Tel: 01473 907087
Email: hello@suffolkuserforum.co.uk
We use cookies to ensure that we give you the best experience on our website. If you continue to use this site we will assume that you are happy with it.OkPrivacy policy